It takes less than a minute. If you already have an account login.

Enter your email address and we'll send you a link you can use to pick a new password. 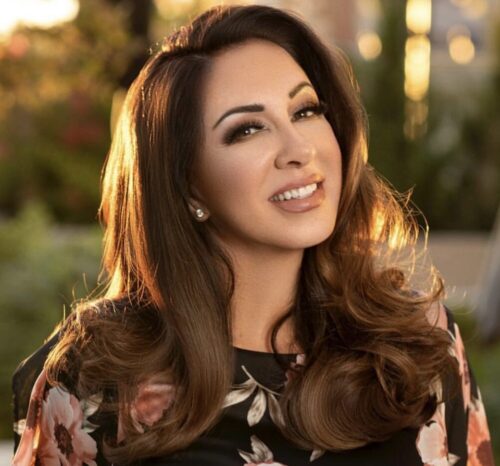 She is known for her commercial real estate transaction volume being in the top 5% of brokers.

In California, Lu Ann has
been responsible for over $15 million in sales, specializing in Industrial, retail, office,
land, and specialty assets. She has leased over 520,000 square feet of commercial
transactions and helped facilitate selling over 284 Acres of commercial property.

Lu Ann is a CCIM candidate (Certified Commercial Investment Member), who has
received three of the four CCIM certificates. She is based in Sacramento, California, with
investors Los Angeles, Las Vegas, San Francisco, Patterson, Florida, and Colombia.
She is specializing in Industrial, Land Development, Retail, Office, Cannabis Zoned Real
Estate, and Special-Use properties.

Lu Ann Henderson decided to Join GQNorth Real Estate in March 2019. As a listing representative.  She is well known to give detailed attention and go the extra mile for all her clients. Every one of her 18 listings – clients elected to move brokerages with her when she joined GQNorth.

She quickly learned that her passion was in Commercial Real Estate. Her first project was assisting the Sellers in the transaction of Spanish Palms Apartments, located at 5250 S. Rainbow Blvd, Las Vegas NV. 89118. This was a 376-unit Apartment sale transaction for $52.6 million. The Buyers purchased the apartments for a condominium conversion, and she was also responsible for the first phase pre-sale for the Buyers.

She managed the back end of housing development as well as commercial and agriculture land purchases. She oversaw identifying properties through entitlements, which include due diligence for creating plot maps, documenting, and supervising EPA reports, water and environmental duties as well as following mitigation and protocol guidelines for special habitat for various land purchases.

Lu Ann played a key role in the nine-month due diligence duties for the purchase of 277 Acres, Larry Bell Dairy Farm negotiated for $3.8 million. She was responsible for the trouble shooting on the entire AG-80, 277 acres as well as the 12 residential properties located at 11318 Franklin Blvd, Elk Grove CA.

Formerly Vice President and Top Producer in Commercial Sales/Leasing 2016/2017/2018 at The Vollman Company. With multi-millions in sales and leasing transactions, she most definitely earned her title in this industry.

In 2015, the City of Sacramento opened a map naming Industrial approved zoning for the cultivation in the cannabis industry. Lu Ann was one of the first courageous commercial agents in the region to take on the uncharted territory while actively attending city ordinance meetings obtaining all necessary rules and regulations into this new real estate arena. Being raised in Sacramento most of her life, Lu Ann has a passion to see the Sacramento region gain the real estate momentum just as Colorado, Washington and Oregon did. She worked diligently networking throughout the community representing both buyers and sellers.